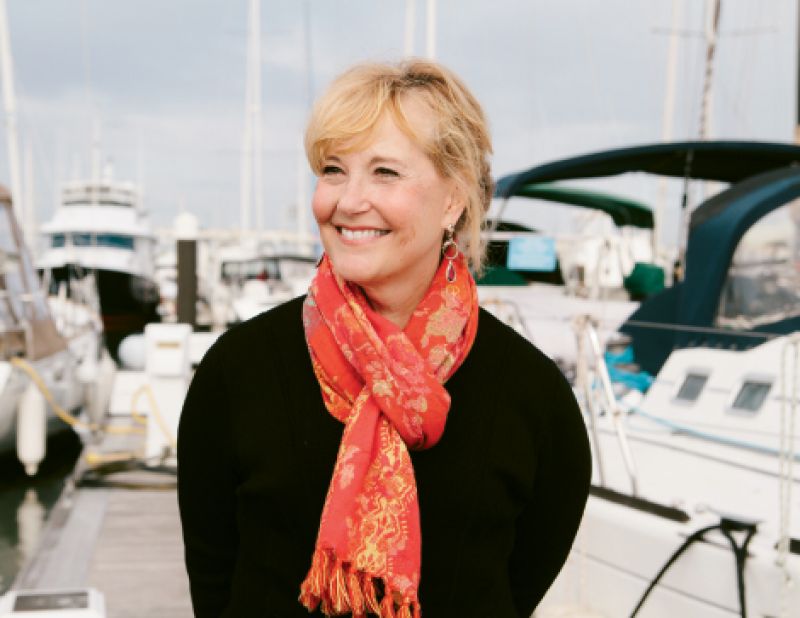 Bonnie Kapp greets the morning from the deck of her home, a sailboat anchored at the City Marina. An orangey-gold sparkles up from the horizon, shimmers across the water, and grows brighter by the hour. Wide-open skies, a promising dawn, a safe harbor, sails waiting to be unfurled—these are not things Kapp takes for granted. This is what she wants, metaphorically at least, for every young person, especially young women at risk of having their future derailed by unintended pregnancy.

As executive director of New Morning Foundation, a Columbia-based organization committed to improving sexual health education and access across South Carolina, Kapp knows that for far too many young women in Charleston-area high schools, a promising dawn, or even a high-school diploma, is a long shot if they unintentionally become pregnant. Instead, the likelihood that they will drop out of school and end up requiring public assistance skyrockets—more than 25 percent of teen mothers end up on welfare within three years. And all too often when kids have kids, a downward spiral of shattered dreams and generational poverty is set in motion.

South Carolina’s teen pregnancy rate is one of the highest in the nation, with more than 250,000 pregnancies among girls aged 10 to 19 during the last 25 years. In Charleston County over the last two decades, this boils down to nearly 16,000 pregnancies and some 11,000 births among this age group, costing taxpayers an estimated $250 million. Because the negative repercussions of premature childbirth typically play out over generations, these alarming statistics do not bode well for Charleston’s future.

Fortunately, however, thanks to Kapp’s leadership and New Morning Foundation’s decade-plus of work, with more than $10 million invested locally in researching, developing, and implementing an innovative Pregnancy Prevention Program model and another $6 million invested and pledged toward its comprehensive Contraceptive Access Campaign, there are other statistics that point to a more hopeful future. Consider, for instance, the fact that at two Charleston-area high schools (Baptist Hill and St. Johns) where the foundation has implemented its research-based, multifaceted Teen Pregnancy Prevention Program, student pregnancies have dropped from 15-plus annually to just one to two pregnancies each school year. And the fact that students at these program sites were 54 percent less likely to become pregnant than their peers. And were 93 percent more likely to use contraception as a result of improved access.

“We’ve used South Carolina as our research-and-development proving ground for creating effective programs that promote family planning services and access,” explains Kapp. What’s unique about the model is that it partners with local providers to cover all bases, utilizing a medically accurate sexual-health curriculum in the schools along with making sure these at-risk students have access to clinical services. In addition, the foundation’s Contraceptive Access Campaign is about far more than passing out condoms. The campaign provides active outreach to medical professionals, pharmacists, and educators to encourage teen-friendly services and make sure providers are informed about the most advanced contraceptive technologies, especially long-acting reversible contraception (or LARCs), such as the IUD.

“What we know is that girls and young women make good, responsible decisions when given accurate information and access to medical services,” says Kapp, who has garnered national recognition for the foundation’s groundbreaking work, including this year’s Communities in Schools National Award of Excellence. “If we keep our laser-like focus on education and access, the game will change. This community will look different in less than 20 years.”

Kapp exudes a cheerful intelligence and upbeat energy that is a good match for her daunting task. “I hear gut-wrenching stories from young women all the time,” she says, stories of sexual assault, often by family members, or just bad choices. “When these harsh realities are juxtaposed with what the girls will tell you are their hopes and dreams, it breaks my heart. I’m passionate about this work because I see it as so liberating for these young women. We want them to reach their full potential. This is fundamentally about economic opportunity—everything hinges on getting an education, training, and equitable access to clinical services.”

Though the foundation’s scope is statewide, it has been heavily invested in the Charleston community, due in large part to successful local partnerships with Communities in Schools, Charleston County School District, Franklin C. Fetter Family Health Center, and the local DHEC, which is now replicating the foundation’s models in DHEC offices around the state. Kapp is currently seeking private local funding to augment the foundation’s investment and expand the pregnancy-prevention program into other Charleston-area high schools.

“Charleston has been so receptive and supportive of our mission from day one,” says Kapp. “I’ve seen a real paradigm shift in the 12 years we’ve been working here. There’s a lot bubbling up that feels very visionary, that’s looking at the long game, addressing critical issues holistically, working collectively rather than using a shotgun approach. It’s an exciting time to do this kind of work in Charleston.”

A new morning indeed, as the sun rises over the harbor for Kapp, and for young people empowered by improved access to health services and information to make smart relationship choices.