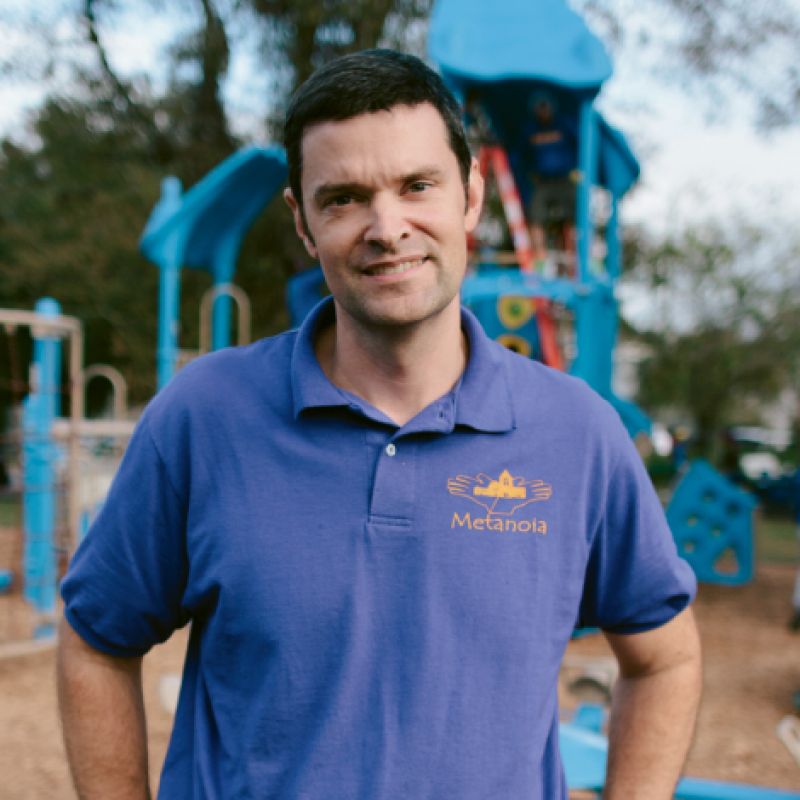 Preachers like water, especially rivers. The metaphor courses through scripture and from pulpits far and wide—from the rivers of Babylon to “peace like a river” to the Reverend Martin Luther King, Jr.’s dream of “justice rolling down like waters and righteousness like a mighty stream.” Only a few blocks from where the Wando flows past North Charleston’s Chicora-Cherokee neighborhood, the Reverend Bill Stanfield sounds more like an investment banker than a minister when he talks river-talk. At Metanoia, the community-development ministry he cofounded a decade ago, Stanfield’s strategy is to change the game of neighborhood revitalization by redirecting the flow, and control, of capital.

When Stanfield and his wife, Evelyn Oliveira (also an ordained minister), bought a house and moved to Success Street in Chicora more than a decade ago, the neighborhood’s successes were slim. It was home to the highest concentration of child poverty in the state, according to the 2000 Census, which correlates with low home-ownership rates and some of the state’s highest crime rates. But the answer, Stanfield soon began to believe, was not for more nonprofits and do-gooders to come in and throw money at the neighborhood’s many problems. The solution was just the opposite, to invest in the neighborhood’s existing assets—its children, its community leaders, the people who have a vested interest in creating a safer, healthier place to live. “The problem isn’t insufficient capital flowing through the neighborhood. It’s a matter of who controls the resources,” Stanfield says, noting numerous charities already investing in well-intentioned outreach programs.

This asset-driven approach has already borne fruit, including the literal fresh fruit and veggies from Chicora-Cherokee’s new neighborhood garden. It’s located on a site that was an abandoned trailer park and now also has a brand-new community playground. On one particularly crime-ridden street, Metanoia developed six new homes and subsequently, due to rise in owner-occupied housing, saw a 64 percent drop in crime.

Additionally, there has been a steady year-over-year reduction in violent crime across the entire neighborhood. Metanoia’s Young Leaders Program, which works to nurture confidence, study habits, job and leadership skills, and financial literacy among elementary to high-school students, witnessed its first class of high school graduates last spring. Metanoia’s housing program has grown to include 21 properties—four of which were new construction, the others rehabs of vacant buildings and lots—and of these, 10 are owner-occupied homes and 11 are units of affordable rental housing. To reduce risk of turnover or default, Metanoia’s homeowners participate in an eight-week financial literacy course. Renters are encouraged to do so as well, with incentives that help them improve their credit scores and take other steps toward ownership.

The objective of all these initiatives, according to Metanoia’s strategic plan, is that “southern North Charleston neighborhoods will be successful as the result of financially stable residents living in and maintaining quality mixed-income housing.” There is still much work to be done. Objectives for the next three years include bringing more businesses to Reynolds Avenue, encouraging the school district to progress on the new Chicora Elementary School (as well as pushing the city, which now owns the old school building, to plan for appropriate adaptive reuse), and expanding Metanoia’s summer Freedom School beyond its 100 students.

Stanfield’s goal is not only that Metanoia brings stability and economic opportunity to the area, but that it “helps others rethink how they approach revitalizing distressed communities and inspires broader social change in other areas,” says Stanfield, whose game-changing model has caught the attention of people around the country—he’s on the road now nearly twice a month to speak about Metanoia’s approach. “I hope Metanoia can be a demonstration project to show how distressed communities can take ownership, have a voice, and drive the process to determine where and how resources get channeled. How they can be built from the inside out.”