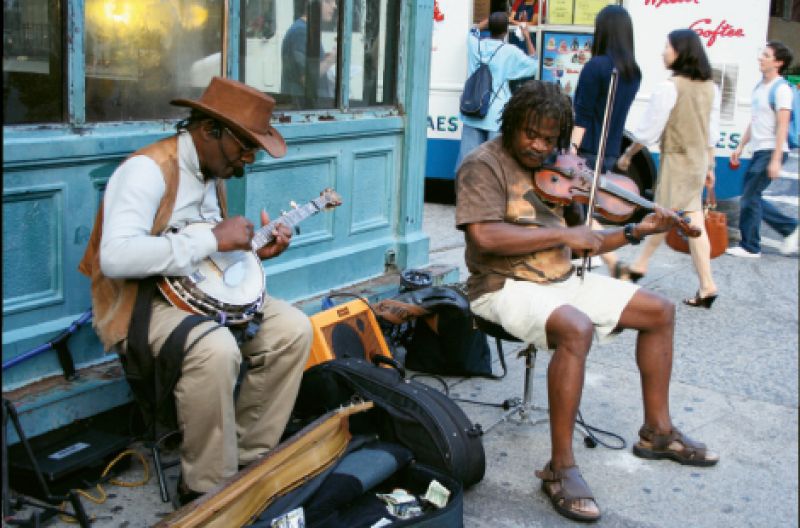 To the delight of Carolina Chocolate Drops fans, Spoleto has invited yet another joyful string band to CofC’s Cistern Yard. Based in New York City, The Ebony Hillbillies transcend genre and cultural boundaries for the entertainment of listeners ready to discover a multiethnic mélange of jazz, bluegrass, blues, rockabilly, rock and roll, and country—in other words, great American music.

The quartet plays spirited renditions of classics such as “Cotton-Eyed Joe” and “Oh! Susanna,” as well as unexpected gems like “Sexual Healing.” They’ve performed across the U.S., including Lincoln Center and Carnegie Hall, but The Ebony Hillbillies still play on NYC’s streets and subways whenever the urge arises. “More than simply keeping an important tradition alive,” says fiddler Henrique Prince, “we’re knocking down the wall, letting people know this music’s still exciting to listen to.”

A well-versed, ethnomusicologist of sorts, Prince will edify audiences on the origin of his band’s instrumentation and the evolution of American folk music during a public conversation with CBS reporter Martha Teichner at Avery Research Center. Don’t miss this chance to meet a Manhattan hillbilly in Charleston!