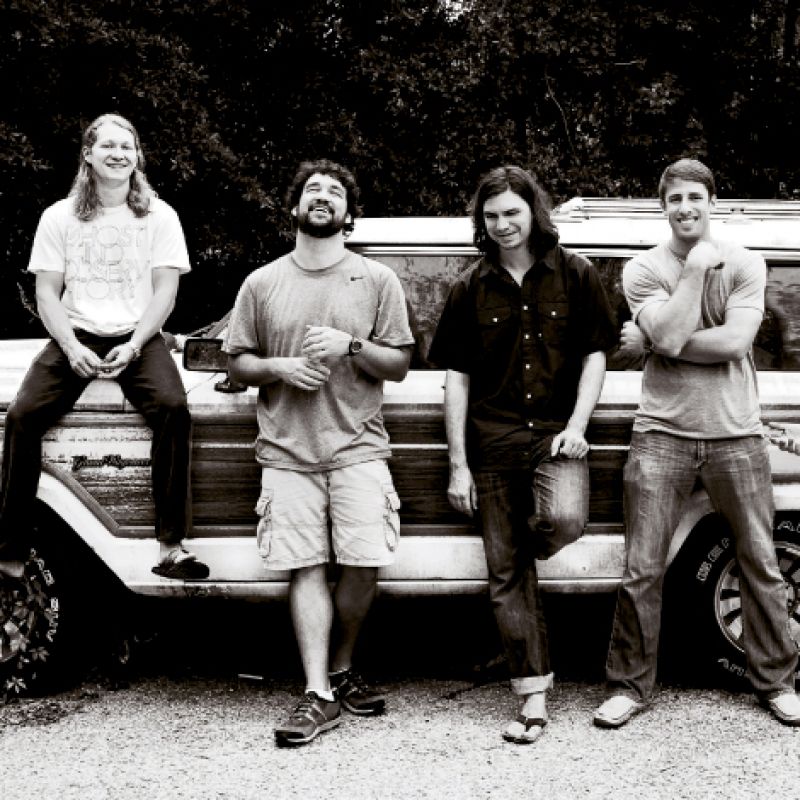 Eschewing the latest musical trend in favor of a more earnest expression is difficult. It’s even harder when you’re a band striving to further the genres of Southern rock and soul in an era that prefers auto-tune to the unfiltered honesty of the human voice. Enter the central philosophy of Charleston’s newest musical force, Dead 27s—make creative and timeless music with impassioned veracity.

Drummer Daniel Crider describes Dead 27s, comprised of Trey Francis (vocals), Wallace Mullinax (lead guitar), Will Evans (guitar), and Oliver Goldstein (bass), as a band that “wants to keep things real. We’re inspired by the spirit of classic rock and soul, and we want to fill the Southern rock void that exists presently with a modernized approach.”

The band—which began in 2012 with former members of The Freeloaders, featuring Elise Testone on vocals—released their first EP, Chase Your Devils Down, last month. It’s a refreshing blend of song-craft and musicianship led by Francis’ Amos Lee-like delivery and Mullinax’s incendiary guitar. Fans of Motown and soulful rock and roll will find the music familiar yet stimulating.

The official CD release party is set for Sunday, May 25, at the Charleston Pour House, with the Dead 27s also performing at Irvin-House Vineyards’ Winestock on Saturday, May 31. From there fans can expect to find them touring the Southeast on a variety of headlining and festival dates—check dead27s.com for a full calendar.