35 Visionaries
July 2010
To commemorate Charleston magazine’s 35th anniversary, we honor 35 visionary, passionate, progressive, focused, effective people from all realms of influence who have helped shape the city we love since 1975. 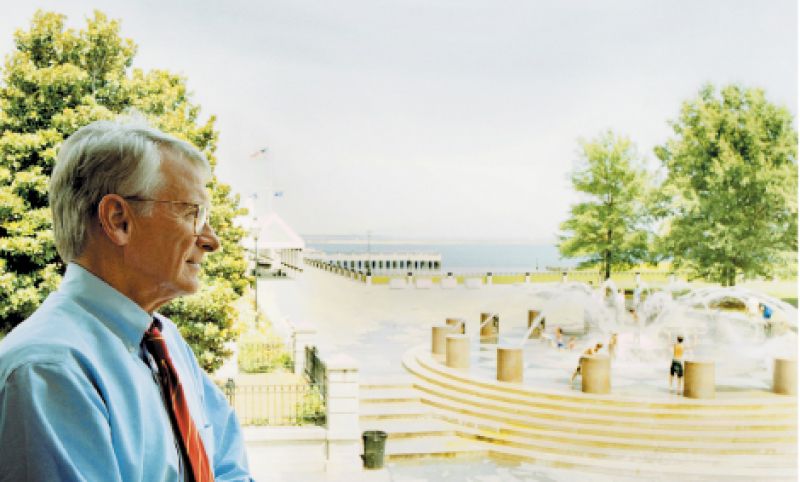 Note: With the exception of Joseph P. Riley Jr., who is celebrating his 35th year in service to the city,these profiles are not presented in any particular order.

Now in his 35th year—after nine elections, nearly 13,000 days in office, and umpteen ribbon cuttings—Mayor Riley remains cutting-edge and more determined than ever that decisions about land use, development, and public works should benefit the average Joe ­­

Everybody knows Joe, or at least his trademark horned-rim glasses and Charleston brogue. If people were logos, he’d be our one-man brand. So maybe we don’t need another Mayor Riley profile. Maybe, instead, let’s talk about families enjoying hot dogs at The Joe. About meeting friends for lunch on King Street. About Clarence Hopkins.

Clarence was a fixture around town in the 1970s and ’80s. He shined shoes and swept sidewalks for a living and rode his bike everywhere. Clarence suffered from seizures, and folks downtown knew to keep an eye out to make sure he was alright. One morning back when a waterfront public park was still a young mayor’s nascent dream, Joe Riley saw Clarence down by the water, and later, when Riley ran into him again, he asked Clarence if he went there often. “Yeah,” said Clarence, “because it’s so beautiful to see the sun coming up. I love watching those big ships coming in.”

In 1990, when the city’s new Waterfront Park was officially opened, Riley invited Hopkins to join him on the honorary platform. “Because Waterfront Park and beautiful public spaces are for the Clarence Hopkins of the world,” Riley explained. “There are people in our cities and towns who only have the city, who will never get to see the Pacific Ocean or the beauty of Portsmouth. If we are lazy about city building, then we are giving Clarence Hopkins and everyone else a less hopeful and less nourishing environment for their lives.”

That passion for the public realm has defined Joe Riley’s tenure. Sworn into office as a 32-year-old Charleston thoroughbred with the standard local resumé—Bishop England, The Citadel, USC School of Law—Riley has matured and evolved into a visionary leader, masterful politician, and heralded urban designer who’s garnered international acclaim. Young Joe campaigned on improving race relations—a ’70s hot-button issue that remains a work in progress, but he’s governed consistently on a platform of reconciliation in other realms: reconciling old Charleston’s charm and history with cutting-edge urban philosophy; reconciling economic growth with expensive arts investments; reconciling private development interests (and their lucrative tax base) with the public good.

“Mayor Riley is, without a doubt, one of America’s greatest mayors and most influential public servants,” affirms David Agnew, deputy director of Intergovernmental Affairs for the Obama administration and the President’s point-person for the nation’s mayors. “Mayors from across the country, from cities large and small, tell me frequently that Mayor Riley’s example and guidance have helped them become better leaders and helped them grasp the power of good urban design.”

To be sure, Joe also has his foes. He’s weathered political storms and Category 4 hurricanes. He continues to be dogged by inequities in downtown schools and believes that quality public education should top the agenda for American mayors in the 21st century. But even critics who grumble about over-annexation, parking woes, traffic, and dismal drainage will grant that Riley’s dynamic, art-enthused civic vision has served Charleston well. Traffic and parking issues are good problems to have, considering they were non-issues 35 years ago when downtown was dilapidated and dormant.

Across the board, whether building subsidized housing, a baseball stadium, or a parking garage, Riley has relentlessly advocated that details matter, beauty matters. The precise grade of gravel on a walkway matters. Hand-cut bluestone is a must. Scattered-site, well-designed affordable housing can’t be compromised. Orienting a ballpark so we catch the riverfront sunset and evening breeze is a Riley matter of principle. Meeting friends at a hip lunch spot on a thriving King Street is a Riley legacy. A city is the people’s space, he believes, conjuring Clarence Hopkins, and the people’s space must be a beautiful, inspiring space. “In the city,” the mayor proclaims, “every citizen’s heart should sing.” 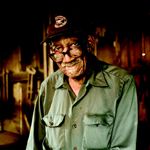