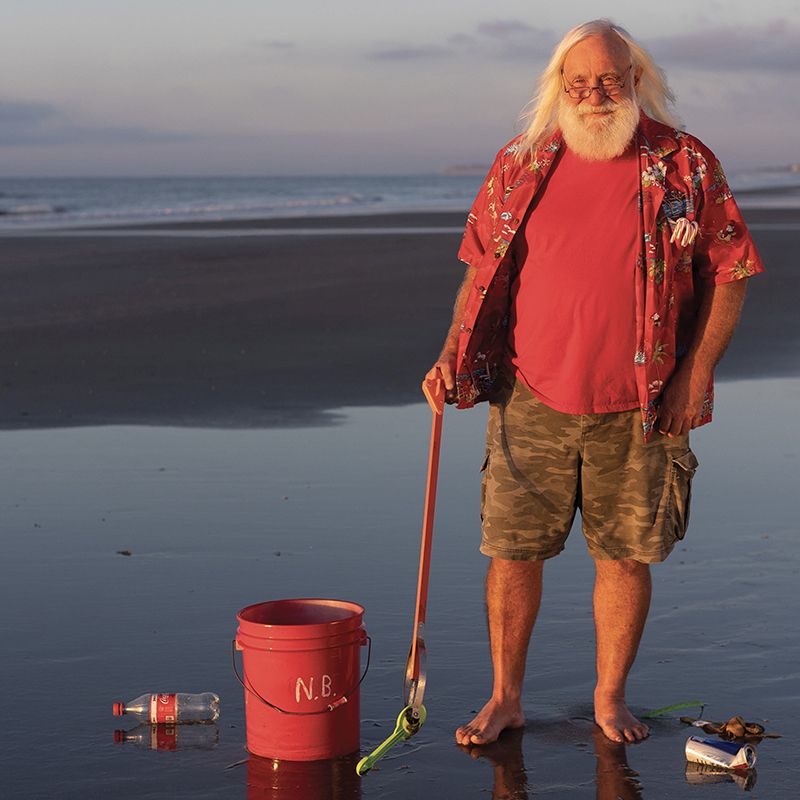 With a bright smile, snowy white beard, and a pocket full of candy canes, Howard Hogue, better known as “Beach Santa,” is unmistakable as he combs the sand for trash. He started cleaning up litter on Isle of Palms while walking the beach in the summer of 2018, attracting the attention of IOP city council member Susan Hill Smith, who gave Hogue his jolly nickname. On October 21, Hogue picked up a dryer sheet, making it the 500,000th piece of documented litter that he’s collected in the state.

Hogue began recording statistics with the assistance of South Carolina Aquarium conservation team member Linda Rowe, adding data to the Litter-Free Digital Journal, a database that allows community members to track pollution trends and cleanups. He has since logged more than 1,080 sweeps across the state, picking up 55,000-plus items from the Isle of Palms beach and an additional 75,000 pieces from streetscapes and parking lots in the island’s commercial district.

At the recommendation of Smith, the Isle of Palms City Council honored Hogue in July with its Signal 30 Award, recognizing his selfless efforts to keep the coast and waterways clear of trash. Hogue had previously urged council members to ban smoking on the beach after finding more than 24,000 cigarette butts on IOP alone. Here, he speaks about his passion for keeping the Lowcountry clean.

CM: What inspired you to start collecting litter?
HH:
This all started when I was at Isle of Palms, and I said to myself, “I don’t want to sit in trash.” It got to the point that I ended up getting a grabber and a bucket so my back wouldn’t hurt, and I started to pick things up and throw them away. I was coming to the beach because my doctor wanted me to walk a certain number of miles per day, and people from the aquarium heard about me and asked me to start documenting my work with an assistant.

CM: What does an average sweep look like?
HH:
When I do my sweeps, I document everything I pick up using detailed sheets from the South Carolina Aquarium. It’s neat to see your data and know what you’re doing is making a difference. I go out basically every day and do at least one location, sometimes multiple. It’s an endless battle, really. On average, I pick up about 462 items and 131 cigarette butts per sweep.

CM: What can others do to be more mindful about litter?
HH:
The solution is not one activity; it’s a process. The biggest thing is trying to retrain people. Your mother doesn’t work here, so pick up after yourself. First of all, don’t litter. The second thing is pay attention if you’re hauling something; don’t let stuff blow out. The worst thing on the beach is broken glass, and the next worst is beer bottle tops because the metal is rusty, and it could cut someone. And the thing with plastic is it’s not biodegradable; it just breaks down into smaller pieces. I tell people if they wanna throw things on the ground, I like 10s and 20s.

CM: What does being ”Beach Santa” mean to you?
HH:
The journey has been tremendous. People ask what I’m doing, and it makes them go, “If this guy can do it, I can do it.” That’s one more person concerned about the third rock from the sun and the future of our environment. I set an example of what can be done by volunteering and try to inspire more people to get involved because anyone can do what I do. 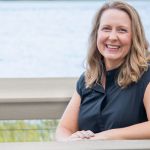 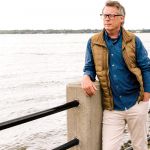 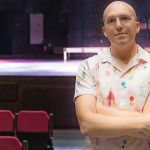 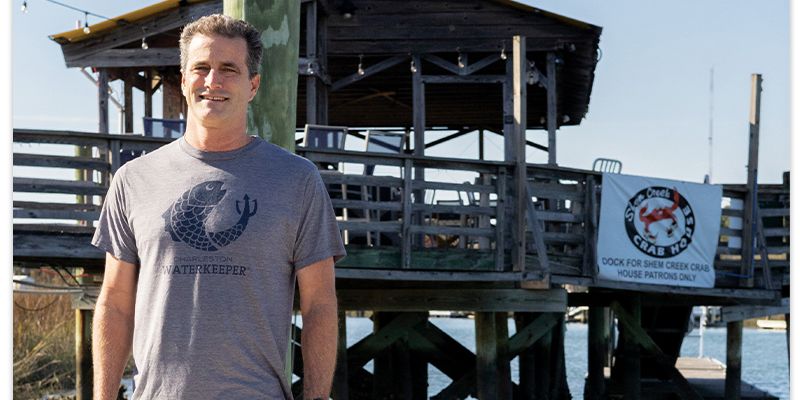 Find out about a collobrative exhibit with Mary Edna Fraser urging residents to take action to protect the waterways...